Suppose you discovered time travel. Obviously, level-headed individuals like us know what a bad idea it is to go messing around with pivotal historical events, so, once those reflexive notions have been entertained and rightly dismissed, what would you actually do with it? During a conversation on just this topic some years ago, I suggested I might go back and relive the fondly-recalled experiences of my youth: seeing favorite films

on the big screen, playing video games in an actual arcade, and, in particular, eating in sorely-missed restaurants that have long since closed their doors. My short story “I Only Time-Travel During School Hours” addresses exactly this idea, and if that premise doesn’t seem altogether loaded with dramatic possibility, all I can say is, travel back in time, see what you get.

The story appears in the new anthology The Trouble with Time Travel from Smoking Pen Press, edited by Catherine Valenti and Laurie Axinn Gienapp, taking its place alongside nineteen other time travel stories by Holly Schofield, Frank Roger, and a plethora of other talented writers. (NB: My story is a reprint, having originally appeared in Time Travel Tales, edited by Zach Chapman, in 2016. Read it in either place, if you like.)

Back in 2009, I published a short story (“On a Clear Day You Can See All the Way to Conspiracy”) about alleged flying saucers over Cleveland, written in the form of an afternoon radio call-in show.  This appeared on the website SFReader.  In retrospect, it

cried out to exist in audio format, as it’s practically tailor-made for that (this was even pointed out to me at the time, but I’ve always been a slow adapter, and it was some time before I was on board with this “podcast” business).  The story eventually appeared on the pioneering SF podcast Escape Pod in 2011, gamely narrated by Joshua McNichols.

And yet, in the back of my mind, I felt that the tale could aspire to something even greater.  Along came the Drabblecast and its intrepid editor Norm Sherman, who adapted the story once again in 2014, this time with a full cast (including Dave Robison, Mike Boris, Rish Outfield, Mat Weller, Nathan Lee, Ray Sizemore, and numerous podcast listeners portraying Cleveland denizens calling in to the show) and that inimitable Drabblecast/Norm Sherman audio production that longtime listeners will know so well.  I’m biased, but I consider it nothing less than a masterpiece of SF audio fiction.

Earlier this week, Norm resurrected “On a Clear Day You Can See All the Way to Conspiracy” for his occasional Drabblecast Director’s Cut feature, wherein he plays a favorite story and then interviews the author about the piece as well as whatever other subjects happen to arise.  Needless to say, I have intense hatred for the sound of my own voice, so as of this writing, I have yet to listen to the interview; moreover, I probably won’t do so until I have the chance to get a few drinks in me (at least as many as it took to work up the motivation to do the interview to begin with).  Most people, however, have no idea whether they can stand my voice, and this would be an excellent chance to find out; so feel free to give it a listen.

(N.B. On the off-chance that “On a Clear Day You Can See All the Way to Conspiracy” is your favorite story [and why not?  Any story might be one person’s favorite story], and you’re just dying to see it in actual print, it did in fact appear in Quickfic Anthology 2: Shorter-Short Speculative Fiction from Digital Fiction Publishing in 2016.  [Of course, if you had clicked on the “Bibliography” tab above, you’d already know that.]  Right now Amazon has the paperback in stock at a price of $2.94; why so low, I have no idea, but there you go.)

Everyone needs a hug.

Episode #712 of Pseudopod, the premier horror fiction podcast, dropped a couple of days ago. This one features three very short stories:

The first two are excellent, and the third isn’t bad.  It was inspired by a vague memory of

seeing the picture at right, or a picture similar to it, in my Facebook feed some years ago.  These days, an image search results mostly in pictures of people wearing shirts or displaying placards bearing the titular slogan, apparently in all earnestness and sincerity.  I suppose everybody needs a hobby.  Some people collect stamps.

I liked “Free Hugs” when I wrote it, and now that I’ve listened to it, I like it even better.  Setsu’s excellent narration elevates it to a higher plane.

In 2007, the webzine Abyss & Apex published my first short story, about time travelers engaged in a Wikipedia-style edit war of history.  In 2010 I returned to their virtual pages with a tale of an interplanetary customs officer who suspects that a reformed smuggler has begun backsliding.  Now, a decade later, I return to where it all began with “Future Imperfect,” the story of a man who can see a few minutes into the future and the well-meaning friend in search of a way to exploit that talent.

I wrote this story some years ago.  One outfit held onto it for four hundred forty-four

days (the exact length of the Iranian hostage crisis) before finally turning it down.  Abyss & Apex accepted it in 2018, but that fine magazine receives many more quality stories than they can publish in a timely manner; as a result, “Future Imperfect” makes its debut in issue #75 nearly two years after its acceptance.

In the weeks before publication, I reread the story myself for the first time in that two-year period.  Unusually for me, it turns out that I still like it.  Quite a bit, in fact.  I think that’s a good sign.

Of heroism and humility

Lately there’s been a justifiable surge of support throughout the media, both social and otherwise, for the unsung heroes of our society.  By sheer chance, the anthology Forgotten Sidekicks dropped yesterday courtesy of the fine folks at Kristell Ink and editors Peter Sutton and Steven Poore.  I assure you, this is not a cynical attempt to cash in on the zeitgeist; book releases are planned months, if not years, in advance.  From the back cover: 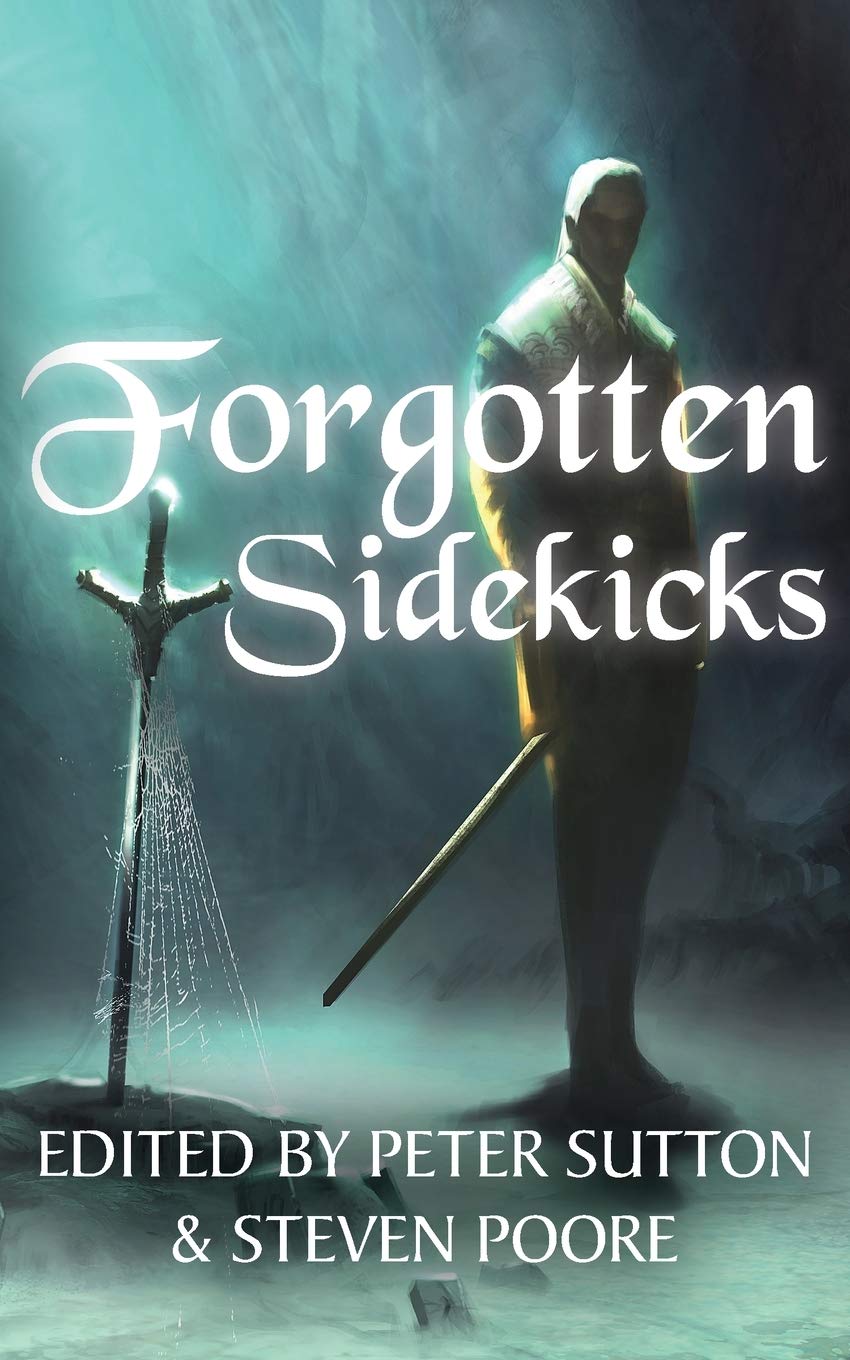 brushed to the side; their own battles forgotten, and their actions airbrushed to nothingness from the tales of victory. These are the stories of the ones who aren’t remembered; the ones who helped save the day, and got cast aside; the ones who don’t want the applause, and the ones who deserved the applause and never received it. These stories didn’t make the headlines – but they happened, and they’re glorious.”

At this point, you’re thinking I probably wouldn’t be mentioning this if it didn’t benefit me in some way, and you’re right; Forgotten Sidekicks contains my superhero story “The Dilettante and Leonard,” as well as this line-up:

Why not check it out if you have some Amazon credit burning a virtual hole in your pocket?

Slower year this year.  Where did all the time go?

the darkness and been made available once more in Vampires, Zombies, and Ghosts: Volume 2, edited by Laurie Axinn Gienap and Catherine Valenti and now out for the Kindle and in other electronic formats from Smoking Pen Press.  My tale, “A Good Boy,” first appeared in the magazine Alternative Coordinates in 2009 and the e-anthology 31 Days of Halloween Horror in 2010.  Both of those publications have vanished from the material realm, but “A Good Boy” lives on once more.

(Despite the anthology’s title, my story concerns neither a vampire, nor a zombie, nor a ghost.  The title is indicative, not definitive.)

There are rumors of a print edition in the near future.  Watch this space for updates as they happen.

(Particularly observant readers will have noticed that the presence of the modifier “Volume 2” suggests the existence of a first volume.  There is.  Why not check that out as well?)

My first publication of 2019 is finally at hand: The new anthology Lost and Found: Tales 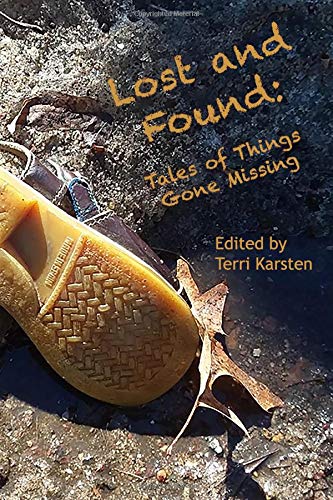 of Things Gone Missing, edited by Terri Karsten is now out from Wagonbridge Publishing.  Fifty-seven authors tell tales of lost things: people, objects, memories.  In my case, it’s a forgotten computer password that incites the difficulties which abound in my story “One Thing Leads to Your Mother.”  The story first appeared in Unidentified Funny Objects 2 in 2013, but I’m happy to share it anew with a fresh audience.  Do check it out, if you like.

Stuff I read in 2018.  I did a little better this year (depending on one’s opinion of the quality of my choices in reading material.)

Up the Down Staircase by Bel Kaufman.

...and throw him a few shekels at no cost to you by doing your Amazon shopping through this link.